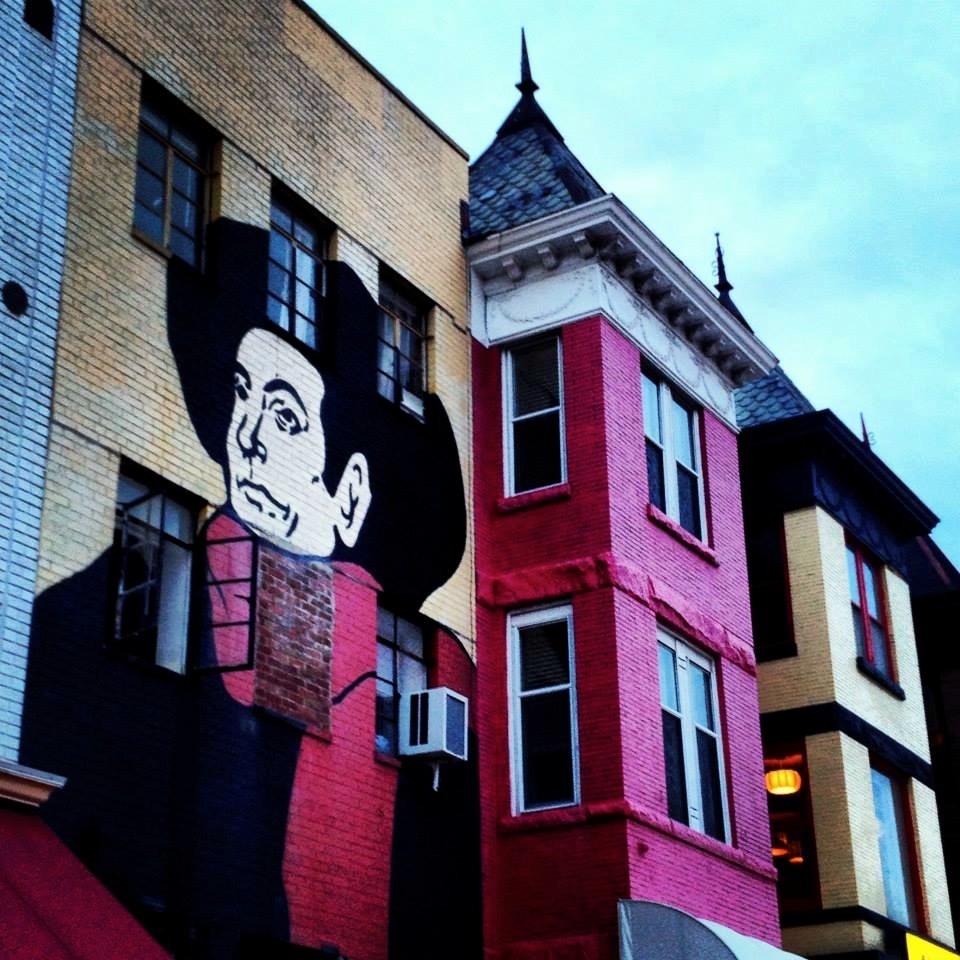 As an 11-year homeowner in Adams Morgan, I'm eager to see the planned additions coming this way.

With nearly 700 new residences under development and the mid-May opening of a 220-room boutique hotel, Adams Morgan is facing a major resurgence. The neighborhood is seeing investment in eight new residential buildings, the transformation of a 1912 neoclassical church, the addition of several anticipated restaurants, and a major modernization to the aging Marie Reed Community Center.

Residents and shop owners alike welcome the coming changes as Adams Morgan continues to shift from its long-standing image as a nightlife party destination to a vibrant, culturally diverse commercial district — all while maintaining its colorful, whimsical, bohemian character.

The shift has been gradual, from the 2008 opening of Harris Teeter to the 2011 Streetscape Project that widened the sidewalks of 18th Street. But last year picked up speed when we saw the nicely renovated Kalorama Park, the opening of Ace Hardware, and the upscale wine and beer mart The Bottle Shop.

As the revitalization continues, the changes scheduled through 2019 are certain to have an impact on the neighborhood economy and visual landscape. Here is an overview of planned developments:

First up: Reed Row and The Line Hotel

Arriving in May are Reed Row and The Line Hotel. At 2101 Champlain St., Reed Row features 132 studio, one-, and two-bedroom apartments, ranging from $1,800 to $4,300 per month. Amenities include a 24-hour fitness center, outdoor Zen garden, rooftop terrace, and expansive views of D.C. The property is pre-leasing now with planned move-in in mid May.

The Line Hotel at 1700 Euclid St., NW, also aiming to open mid May, is now taking reservations for its 220 guest rooms. The hotel occupies the First Church of Christ Scientist and a newly added seven-story tower. Restaurants will include A Rake’s Progress, Brothers and Sisters, and Spoken English, plus a bar and coffee shop, delivered by Chef Spike Gjerde of Baltimore’s Woodberry Kitchen and Chef Erik Bruner-Yang of D.C.’s Maketto.

1777 Columbia Rd., NW — Developed by Foxhall Partners, this six-story, 80-unit apartment complex is scheduled for delivery in the third quarter of 2018. It will be located where PayLess Shoe used to be. Studio and one-bedroom apartments will be between 450 and 650 square feet. Retail space will be on street level. Thirty parking spaces are planned. Foxhall also plans on developing the space next door at 1767–1771 Columbia Rd.
2700 16th St., NW — This apartment complex has been in the works for years. Developed by Mill Creek Residential, the Italian Embassy property is expected to start leasing 135 apartments in the second quarter of 2018. A new nine-story structure, along with two levels of below-grade parking, is being added with expected delivery in mid 2019.

1800 Columbia Rd. — Developed by PN Hoffman and Potomac Investment Properties, the six-story, 52-unit condo building will replace SunTrust Bank and plaza. Retail tenants will be on the ground floor.
2300 16th St. at Meridian Hill Park — Developed by Westbrook Partners, this nine-story redevelopment project offers 110 luxury units, non-profit space, and a two-level underground garage with around 90 parking spaces. The project is still in preconstruction phase.
2800 16th St. at Scottish Rite — Developed by EastBanc, this nine-story, 110-unit apartment complex will include two levels of underground parking and is expected to be more than 145,000 square feet.
1724 Kalorama Rd. — This new condo development by Bellevue Park at The Transcentury Building is currently in preconstruction and is expected to deliver 48 units.

In addition to the new restaurants at the Line Hotel, several more dining destinations are on the way. In fact, one new restaurant opened last week. Italian restaurant Rosario began serving on March 20 and occupies the space of former tenants Libertine and The Toledo Lounge at 2435 18th St.

The owners of Cactus Cantina and Lauriol Plaza are delivering Al Fresco Tap & Grille, a large 14,000-square-foot+ dining spot at 2009 18th St. that will feature reasonably priced meals and have a total of 300 seats, with a 70-seat street level garden area and 40-seat terrace level during warmer months. The space, adjacent to Jack Rose Saloon, is currently occupied by an empty service station, parking lot, and clothing donation bins.

Speaking of Jack Rose, owner Bill Thomas has purchased two of the other buildings on the block, including the corner of 18th and Florida, and plans to turn them into another restaurant.

Pitango Gelato and Café is coming to 1841 Columbia Rd. this summer, while Popeye’s Louisiana Kitchen is “coming soon” to 1742 Columbia Rd. in the space formerly occupied by Pollo Granjero.